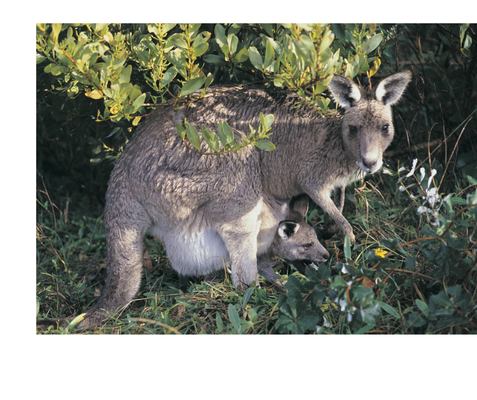 A mother who sings to her preterm infant while providing 'kangaroo care,' or holding with direct skin-to-skin contact, may see improvements in both her child's and her own health. Babies whose mothers both held and sang to them had improved heart rate patterns. The combined effect of holding and singing also helped mothers feel less anxious.

What do teachers know about premmies?

Although the vast majority of premature children attend mainstream schools, they have poorer academic success, especially in mathematics, and have more need for special education needs than full-term children.Teachers often lack knowledge about how health conditions affect children’s abilities at school.
It is likely that in every class of 30 children, at least one will have been born prematurely. A study in England showed that teachers lacked knowledge about this matter and feel ill-equipped to support them at school.


Left-handedness  is more common in premmies

At 8 years of age (and this means for life) premmies were more likely to be "non-right-handed" (left and mixed-handedness) than full-term children.

"Permanent hand dominance doesn't evolve until toddlerhood, although some babies show "hints" of things to come....but I CAN tell you, working as I do with some of the world's most creative and artistic people.. that Lefties RULE the creative world" (Sheila, First Edition)

J, at 3, is still quite ambidextrous- the funniest thing I've seen him do lately is simultaneously eat spaghetti with his right hand and color with his left" (Kerri, The First Edition)

At this relatively-young age (18 years) the low-birth weight adolescents had higher blood pressure than their peers and a higher percentage had blood pressure in the clinically-important range. High blood pressure is a risk factor for hypertensive disease. Take home message: ex-premmies and their parents should keep track of blood pressure into adulthood.

A small study of 48 ex-premature(born at less than 33 weeks of gestation) volunteers aged 18-27 found they had higher blood pressure, more fat tissue (despite having a normal Body Mass Index) and more fat in their muscles and liver. These are linked to heart and ciculation disease and type 2 diabetes. The ex-premmies also had indications of more inflammation in their bodies than usual. The results suggest that the health of premature babies need to be monitored beyond infancy and childhood.

Ex-premmies who were 12-18 years of age were tested for threshold of tenderness at various tenderpoints. Compared to matched full-term teenagers, they had more tenderpoints and lower pain thresholds. Despite this, the ex-premmies did not complain of pain or any related symptoms.Other studies have found that ex-premmies have lower thresholds to touch in general and were hypersensitive to pain.

Repeated pain given to rat pups led to a changed pain threshold. Since premature babies have repeated pain during their time in NICU, the pain may cause permanent changes in pain perception during later life.

Take-home message: It is helpful for parents to have an idea about their child's pain threshold. A loud and extended cry in one child might mean they have bumped themselves and the same cry in another child means you should get there ASAP.

Moderate and later pre-term (32-36 weeks of gestation) and early term (37-38 weeks of gestation) babies are at higher risk for some health problems. This huge study of more than 14,000 children up to 5 years of age shows that adverse health outcomes occur on a continuum of gestational ages- they don't suddenly stop when a child is born at 37 week (officially not a premmie). The health outcomes in this study are less serious than would be found in children born at lower gestational ages.They included being hospitalized for gastro and respiratory problems. The late-preterm group (32-36 weeks) had the highest proportion of obesity.

Take home message: Unless the mother has a serious condition that threatens her or her baby, every extra week in the womb has long-term advantages.

A huge study in Canada looked at the pregnancy outcomes of women who were and were not themselves born prematurely. Complications in the "not born premmie" group occurred in 1/10 pregnancies and rose to 1/5 in the mothers who had been born before 32 weeks of gestation. The more preterm the mothers were born, the more likely they were to have complications. It was already known that women who were born with low-birth-weight have a higher risk of hypertension, gestational diabetes and pre-eclampsia.

The take-home message-tell your obstetrician if you were born early.